Joel Greenblatt is an American investor from Great Neck, New York, who in 1985 started Gotham Capital, a hedge fund, with $7 million.

Those returns are impressive, but it also begs the question: how did he do it?

Greenblatt credits his success to a “Magic Formula”. Greenblatt is a value investor, and he created a process by which any investor can find undervalued stocks with serious long-term value.

Value investing is an investment strategy where investors attempt to buy stocks that are trading for less than what their actual value is. It’s kind of like walking into a grocery store, and only searching for items to buy that have been labeled with the wrong price.

People tend to overreact when the market fluctuates in the short term, but those fluctuations, even if they are big swings, don’t change the fundamental long term goals and principles of a company. The value investor does not waver when it comes these short term variations.

Specifically, the investor looking for low priced stocks with a lot of room to grow. Find an underpriced, fundamentally solid stock and hold onto it.

Typically investors look for these value stocks by examining a company’s price-to-book ratio, or price-to-earnings ratio. Investors are looking for anything that might signal that a company is being undervalued by the market.

Some value investors rely on valuing a company through an estimation of future growth and cash flows. Others rely on present earnings and might not even look at future growth. However, a lot of these investors do have one thing in common: they often build in a margin of error. That is, they only buy stocks at what they feel is a very large discount to allow for some error in their estimation of the value of the stocks.

Value investing is simple enough to understand. Anyone can get on board with the idea of finding stocks that are mispriced and are on “discount”, but it is way easier said than done.

What one is doing, as a value investor, is evaluating a company and that is an art that finance professionals and hedge fund mavens have been trying to perfect for years.

As noted, Joel is a value investor who uses a process called the “Magic Formula” to select the stocks to hold in his portfolio. He explains the formula in his book, The Little Book That Beats the Market, as “a long-term investment strategy designed to help investors buy a group of above-average companies but only when they are available at below-average prices.”

Here is the magic formula in greater detail:

That’s it. 9 steps, of which points 4 and 5 are the most important.

If you wanted to implement the Magic Formula on your own, it’s fairly straightforward. You could set up a spreadsheet in Buycel to keep track of the most important metrics, namely earnings yield and return on capital.

Earnings yield can be calculated as the ratio between EBIT (earnings before interest and taxes) and Enterprise value.

As can be seen above, we are calculating Enterprise Value using data provided by Buycel, which can be fetched in seconds. In this example let’s use a simple definition of enterprise value as the sum of market cap and debt, less cash and cash equivalents. For simplicity, we’ll assume that the value of minority interest and preferred stock are zero.

Next you can collect all the data you need to calculate the return on capital, namely working capital and information on fixed assets.

A simple definition of EBIT / (Net Fixed Assets + Working capital) will get you an estimate of Return on Capital. Again, we can pull this data into our spreadsheet in seconds using Buycel.

Once you’ve got the relevant metrics set up, rank them as instructed by the Magic Formula and voila – you’re using the system Greenblatt leveraged to take Gotham Capital from $7 million in assets to nearly $15 billion today.

If you’re using Buycel, you can literally do this in minutes. If you use the STOCK_LATEST function then you’ll make sure you’re getting the latest data – which will make yearly rebalancing a breeze. Simply fire up your spreadsheet at the end of the year and see your rankings update in real-time.

But is the Magic Formula worth using?

Since you’re probably very curious, here’s how the Magic Formula has performed against the S&P 500. All the charts come from the blog Old School Value. 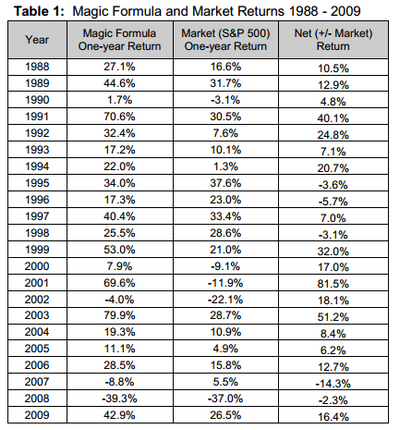 If you invested $10,000 in the S&P500 and in stocks thrown up by the Magic Formula, you’d see a huge difference in the final amount in your portfolio. The Magic Formula would have grown to over $1 million while the S&P 500 would be around $75,000.

Does it hold up to scrutiny?

The chart showing the returns of Greenblatt’s Magic Formula is taken right from his book, so we just have to take his word for it.

Actually, it turns out that the internet has our back. Many people have tried to recreate the Magic Formula over the same time period, in order to test Greenblatt’s claim.

Turns out, it’s not as magic as you may have hoped, but there’s definitely something there.

Old School Value back-tested the Magic Formula from 1999 to 2009 and found that while it does beat the market over that period, it doesn’t quite match the returns outlined in Greenblatt’s book. 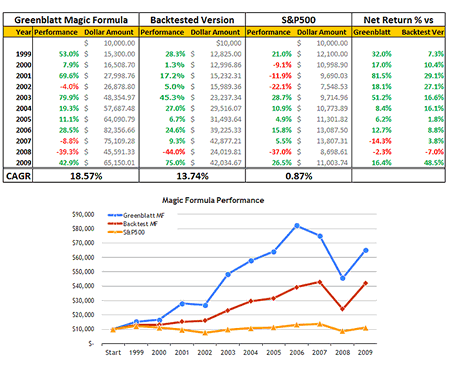 As you can see, the reconstructed Magic Formula portfolio performs better than the market but not as well as Greenblatt’s quoted portfolio. The back-test, does however take fees into account. When you remove the fees, and calculate the returns before fees, the back test comes very close to the Magic Formula, rising from 13.74% CAGR to 17.33%.

Alpha Architect conducted a back-test of the Magic Formula and found that between 1965 and 2010, it beat the market by about 3 percentage points. It’s not as incredible as doubling or even tripling the return from the market, but it’s nothing to sneeze at either.

Wise words from the man himself

One imagines that, it is precisely for this reason that Greenblatt codified his approach and then give it away to anyone with enough money to purchase a copy of his book.

Greenblatt talks about how people chase short term returns when value investing always works in the long run. It frustrated him so much that he wrote a book that tells you how to buy a group of companies that will give you huge long-term returns, and on the evidence, it seems that he’s right.

We have to take all of this a bit critically however. Greenblatt’s 30% annual returns are amazing, and probably served as the perfect marketing tool to launch his book but we have to remember that he achieved those returns in a period of time when even the market returned above-average returns.

Considering that the Magic Formula outperformed the market between 1965 and 2010 as well as in numerous other tests, we have to conclude that –at the very least – Greenblatt is on to a system that is reliably better than simply parking your money in the overall market.

That in itself, is huge. 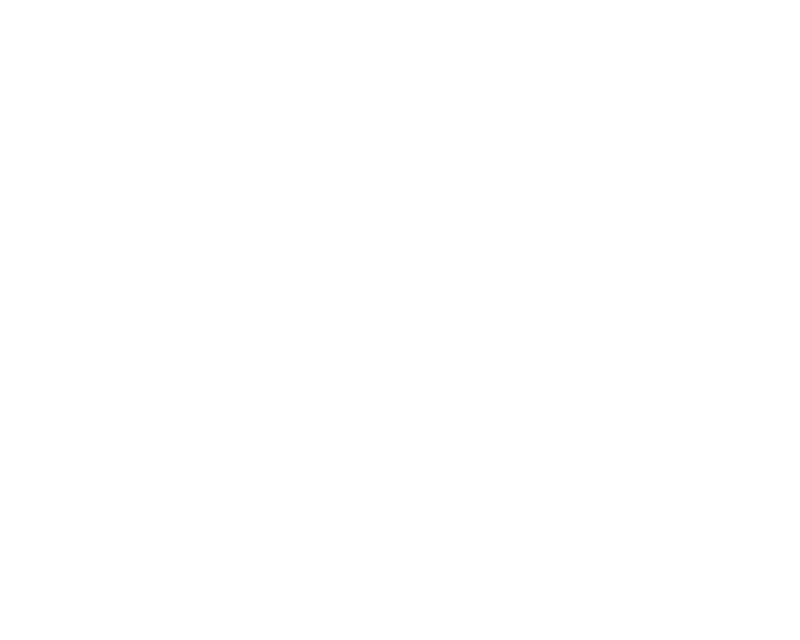